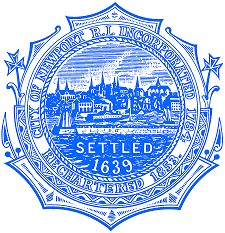 NEWPORT, R.I. (Friday, May 31, 2019) – The Edward King House Senior Center will be temporarily scaling back and relocating operations while crews work to replace a sewer line that services the historic Italianate building.
The need for repairs was identified during a recent routine inspection, at which time it was determined a sewer line running from the facility was connected the City’s stormwater collection system. Work to replace the line is being expedited through an emergency procurement process and is expected to begin as soon as possible.
Meanwhile, programming at the King House is anticipated to continue, albeit on a more limited scale and at alternate locations. City staff are currently in the process of finalizing accommodations for many of the center’s popular health and wellness programs as well as its specialty groups and club activities with more details expected to be announced in the coming days.
“We’re going to take it day by day,” explained Executive Director Carmela Geer, who noted that while the center’s lunch program will be placed on hiatus until repairs are complete, this weekend’s performances of “Tuesdays with Morrie” is still on track.
“As we say in the theater, the show must go on,” Geer said, adding that the City Administration to offered to provide alternate locations for various activities from City Hall to “The Hut” at the City’s Recreation Department.
According to City Manager Joseph J. Nicholson, Jr., the City has also arranged for ADA accessible portable restrooms to be placed on site while the repairs, which could take up to six weeks to complete, are underway.
For an updated calendar of events, King House community members are encouraged to visit www.EdwardKingHouse.org. The City will also be providing updates on construction progress on the City’s website at www.CityofNewport.com/constructionupdates.
# # #